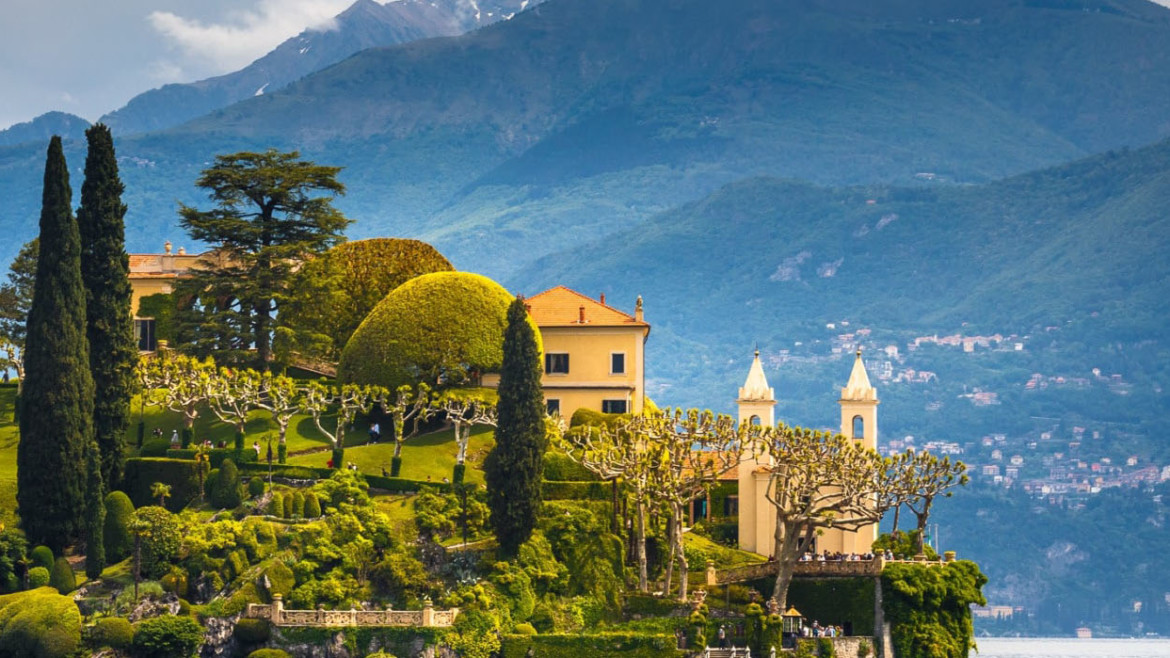 Excursion to Como. What to see in 2 days

The first day in Como Lake

The first thing to do when arriving in Como is to go to the promenade. It offers a beautiful view of the lake and the foothills of the Alps covered with greenery. Swans swim in the lake, and the water near the shore is clear. There are cafes along the embankment, there is also a small square with benches where you can relax and enjoy the view.
On the shore in the center of the promenade stands the museum of Alessandro Volta, a famous scientist, a native of Como and the inventor of the electric battery.
Not far from the museum, on a long pier, in 2015, a Life Exchange sculpture was installed in honor of Alessandro Volta. It has the form of two mirror sinusoids, which are attracted to each other under the influence of an electrical voltage.
Further along the waterfront is Villa Olmo, one of Como’s most beautiful villas. Now it belongs to the city and is the center of cultural events. It is surrounded by a park with large perennial trees, under the shade of which you can walk, escaping the heat of the day.
There is a pier on the left side of the embankment. There you can rent a yacht and go explore the bays. In addition to yachts, 10 motor ships and one old steamer “Concordia” go on the lake, on which you can go on a small cruise on the lake.

On the second day, you can go for a walk in the historical center of Como, it is called the Old Town. Once the whole city was surrounded by a fortress wall. Now only three towers and a small section of the wall remain from it.
The Duomo Cathedral is one of the main attractions of Como. The Gothic cathedral was founded in the 14th century, but was subsequently completed and changed over the course of three and a half centuries, so you can observe a mixture of styles, for example, there are baroque elements, although the Gothic and Renaissance styles remained predominant.
A little to the east is the Basilica of San Fidele. It is dedicated to Saint Fidelius, a Roman soldier who was captured and executed on the banks of the Como. On the square in front of the basilica there are cafe tables and street musicians play.
Not far from the central railway station there is a funicular, the first car of which was launched in 1894. It takes passengers to the top of the hill at a height of 500 meters to the small old village of Brunate. Near the funicular station there is an observation deck with a panoramic view of Como.
From there, along the narrow streets past small beautiful villas and mansions, you can go to the main attraction of Brunate – Chiesa Square with the Catholic Church of Sant’Andrea Apostolo, built more than 7 centuries ago. In the external appearance of the church, first of all, it is interesting that it has two facades, which appeared as a result of reconstruction and expansion at the beginning of the 20th century.
Of course, there are still places in Como worth visiting, and this will be a good reason to come back here again.